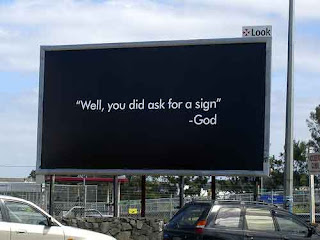 Once upon 15 or so years ago. I was in super love. Insane, crazy stalker, extinction-event inducing LOOOOOVE. Reality and Imagination aside-- we were MFEO in Classic Infatuation and Assumption 101. To this day, He is and will forever be my favorite frustration because NOTHING HAPPENED. I was a young, immoral Heidi-Ho and I think I had my chances but conscience and circumstance held me up and I'm mighty proud I didn't go out of my way to cross the Crush to Something Else border because there are things I really wouldn't do or maybe I am chickenshit when it really counts or maybe I do have a better grasp of myself than I would give myself credit for. Today I am content to just talk about him and what could have been, like it was my own personal Casablanca.

Back to now. I'm feeling better. Nothing has majorly changed in my situation. I'm still broke, Mom's still sick, People are still dysfunctional but I'm handling things better. I don't know, maybe I got tired of being depressed but I'm stepping up. Slowly slowly. One thing I'm sure of, there are a lot of things I need to think about and discern. I feel this whole episode is important because I'm supposed to discover something. The set-up has a lesson. This is why I am observing and going inward more.


This Lent, my sister has organized our petition via lenten practice. First time we are willingly going on Visita Iglesia. At the last minute, my best friend Trish decides to join. Trish btw, KNOWS who I'm talking about above because our friendship bloomed as we both struggled with our own personal frustrated loves. And while we moved on, we still have our shits and giggles while we reminisce moments about the above. Her joining the group is significant, now that I think about it. Squee unfolding, we did our Visita. It was a fine experience. It was solemn and while we all were lazy catholics, it was great finding out how the practice was all about. Personally, I prayed for my intentions but I found that listening inwardly felt more to the occasion. While I was doing this, one thought did come up that will make sense in the next paragraph or so. At one particular church, I thought of my OTC ( that's One True Crush to you since I'm feeling like 12 right now.). Just a wondering actually. I thought of what I could recall about what I thought I knew about how this person behaves during Lent. Nothing sordid really. It was just a thought. Brought about by association with him and this church/ former school and I swear, this person doesn't invade my thoughts as it used to be. It was one of those stray random and now very rare occasions.

Now on to next and last church. It was by far the best set-up, they had the blessed sacrament in the garden, the church itself had murals for the stations of the cross, there were funny moments because we couldn't reconcile our station pamphlets with the murals ( we later find out that there have been 3 revisions to the stations and while we had the latest, the murals were done in the traditional fashion hence the confusion) but we got it done. Obligations accomplished, Valerie and her family have moved on ahead, Trish and I kept our slow pace as we moved along and talked about something when my eyes focused on, and zeroed on what was up ahead.  And moving toward us.

Then, blurry turned a bit clearer..15 years ago, I have trained my brain and eyes to locate my crush in the middle of a zombie horde... so my eyes locked on before I had the chance to realize what was happening. Then like it used be, TIME. MOVED. SLOWLY.


I shit you not on the dramatics. We can have a pot of coffee over my numerous episodes of timestop with respect to this man. And yup. There he was. As cute and fresh and adorable as ever. Walking up His eyes were on lock down to mine. My thoughts were in the following order in the span of 3 seconds:

1) Is that?..omg.
2) LOOK AWAY! pretend hes not there... GAH! hes LOOKING AT ME!
3) Does he still even recognize me ( OH SHIT. I look terrible. Dammit! I didn't wear make up. I'm shiny, in a stupid T-shirt --why did I listen to Trish? I should've have NOT dressed down) OH NO, he's staring..
4) Yup, he's placing my face. He's maybe reconciling who this creature is with Who I was... omg. I look like shit and yes, I look like shit. He couldn't possibly still recognize me. But he's still looking ..
5) Damn. he's looking good.
6) SMILE! ugh. Don't look distressed and we are about to...oh shit.

Did he say HI back? I think. Maybe... Oh. his wife looks better.. Is that his wife? She looks.. different. Walk ON BITCH. .KEEP WALKING! Triccia, at this point, is making gasping, twittering sounds. I know shes got this really really WHOA.OMG. look on her face now that she never could hide. WALK FASTERRRR... but natural walk.Grasp Trish. Act natural.. walk walk walk....

Then when the coast was clear. We were both. OMG. What the hell? UNBELIEVABLE!!!!!!! Of course, I just happened to be Trish when this happened. Of all the people in a group of 8, the I was with the one person who would grasp the significance of the walk by, like it was the Second Coming. Yup, shits and giggles all around until we got home.

All that crazy 15 years ago DIDN'T come back. I am NOT in throes of love over this guy all over again. But I was smiling again. Seriously. SMILING and for once, I'm not thinking of my problems. We weren't talking about depressing things, I wasn't pretending to be Ok. I really was OK and I was happy and it felt like a gift.  It felt.. dare I say it?.. like a sign. Of what? EWAN. But based on previous history, the company I was keeping, the timing, the thoughts, the effect? Its a SIGN. ( Our favorite word. Trish if she be reading this, would be laughing down to her toes)

What is the message? I don't know yet. I'm still thinking about it. It could be a message that I shouldn't worry--"Here", God said, "Something to make you squee a bit as I can't drop Ryan Gosling in front of you". It could be " PLEASE STOP YOUR MISERY OVERLOAD. Ayan tuloy, you looked like crap when you should have been *casual spectacular*", It could be "See? wise choice you did back then. You have been a good girl and here's a reminder of HOW GOOD A GIRL you have been. Keep it up! *Godly Thumbs Up* " or it could be "No, contrary to what you thought and see in pictures, this man IS STILL HOT and yes, you are STILL ALIVE to notice", or its a reminder of what I used to be like. what I am now and the clue is something about that time and space that I need for today.

Whatever it is. I am GLAD for the distraction. Something to think about that isn't dark. A bit of squee to kick misery in the nuts. But all in all,  I am still the same chickenshit girl *smirk*


PS. Trish POV:. According to her, while we were walking she noticed him and was about to nudge me with a "Oh look, Doesn't he look like..", Then he smiled and "IT IS!!" and then we passed, I said Hi! and he went "Hi!" and I walked on by and she was all brainblitz "OMFGWTHBBQ! what the hell just happened?? why didn't we stop? why is she still walking on??" Hahahahahah! yes, chickenshit :D
Posted by Ubergrlie at 12:06 AM